Vietnamese Coffee is known for being some of the best available. The country is the top producer of Robusta in the world. Therefore, it is unsurprising that for travellers and expats in Vietnam, coffee is the top sought after souvenir and most often consumed beverage product.

However, with Ben Thanh Market and other familiar tourist destinations filled with hundreds of potentially dubious brands and nameless packets of coffee grinds roasted and left to stand for months and possibly even years, consumers are rightly apprehensive about the quality of what is on display.

We’ve put together a concise and simple to understand guide to help you understand java-science so that you can choose Vietnamese coffee of good quality which, hopefully, agrees with your palate!

Definition of ‘Vietnamese Coffee’ and Relieving the Confusion

Traditional Vietnamese techniques involve roasting Robusta coffee beans very dark with additives such as butter, salt, whisky, rice liquor or even sugar and fish-sauce. These additives help to elevate the savouriness and palatability of the notoriously harsh and bitter tasting Robusta beans.

Chemical flavourings and fragrances are often added, with the most common being vanilla and hazelnut, the former an age-old cliché aroma sought after in Vietnamese coffee powder.

Fillers such as roasted corn, soybeans and red beans are common and some recipes call for filler content of up to 50%. Fillers are used to thicken, darken and somewhat sweeten the coffee and they also increase profits. Connoisseurs who are seeking pure coffee should note that it is practically impossible to gauge the purity of coffee in Vietnam based on looking at grinded coffee powder. Diligent people should opt to purchase whole beans at shops before requesting them to be grounded on the spot.

When extracted using the iconic  Vietnamese phin drip filter, the espresso-like liquid is then served with or without ice, and preferably with condensed milk to offset it’s bitterness. This popular beverage is known as ca phe sua da, the renowned mascot of Vietnamese coffee.

Advancements in coffee farming has allowed the development of higher quality Robusta and Arabica coffee beans. Globalisation and changing preferences has resulted in a trend of roasting pure, additive-free coffee and subsequently brewing them with a wide range of foreign methods such as Italian-style espresso and paper filter. When these coffees are brewed using a phin, the technique remains Vietnamese.

Thus, the first item that you should procur is a high quality Vietnamese phin drip filter if you desire a strong and traditional Vietnamese brew. The phin works by filtering coffee through 2 layers of tiny holes and allowing the coffee to fall with the help of gravity.

Taste preference differs between individuals. Not everyone enjoys bitter coffee without sugar, and although many people do not appreciate light roasted and acidic coffee, third-wave coffee snobs may insist that such qualities are preferred.

The three-waves of coffee culture was described by Jonathan Gold in his 2008 article “La Mill: The Latest Buzz" for LA Weekly.

“The first wave of American coffee culture was probably the 19th-century surge that put Folgers on every table, and the second was the proliferation, starting in the 1960s at Peet's and moving smartly through the Starbucks grande decaf latte, of espresso drinks and regionally labeled coffee. We are now in the third wave of coffee connoisseurship, where beans are sourced from farms instead of countries, roasting is about bringing out rather than incinerating the unique characteristics of each bean, and the flavor is clean and hard and pure.”

Robusta coffees are generally bitter and harsh in taste, while Arabica coffees are often more acidic, higher in natural sugar content and superior in fragrance. As a general guideline, a medium roasted coffee is a good balance between intensity, acidity, sweetness and fragrance, since ample time has been given for bitter compounds to degrade. Light roasted Arabicas are acidic but preserve the original aroma and flavour compounds, known as ‘origin character’ in third-wave coffee-speak. Dark roasted Arabica coffees are savoury and intense in flavour, having lost most of its acidity through the roasting process and may be bitter if coffee caramels have begun to burn in the roasting process if beans are not roasted with skill and care. French-style roast is an example of very dark roasted coffee.

As such, the skill of the coffee roaster and the art of blending different types of beans at different roast levels becomes extremely crucial for Italian-style espresso and Vietnamese phin coffee since these styles involve extracting coffee with very little water, resulting in highly concentrated and intense brews. Arabicas may be added to a predominantly Robusta blend to introduce pleasant acidity, aroma and to relieve the blend of dullness. Likewise, Robusta may be added to a predominantly Arabica blend to introduce body and crema for Italian-style espresso.

Common ratios and names of these ratios at specialty coffee shops in Saigon include 20-80, 50-50 and 80-20, describing the percentage ratio of Arabica to Robusta coffee.

Here is a breakdown of the various types of coffee beans and species that may be found by examining the printed contents information on packaged commercial coffee.

Arabica - The most popular and widely consumed coffee species in the world with countless cultivated varieties. It is known for its nuanced, alluring floral and fruity notes, which vary wildly depending on region and varietal. Arabica is disliked by some due to its acidity, which can be mildly sweet and berry or citrus-like in specialty varieties.

Culi (Peaberry) Arabica - In normal circumstance, a coffee cherry contains two coffee beans. Peaberries, known as culi in Vietnamese coffee-lingo, are coffee beans that have developed into a single spherical bean due to the lack of fertilisation of the other bean. Culi Arabicas are very rare and known for a higher intensity of Arabica’s attributes.

Robusta - The underrated Robusta is known for being bitter and harsh but is the choice for daily indulgence in Southeast Asia due to its natural lack of acidity. Advancements in cultivation and coffee processing has improved it’s flavour drastically.

Culi (Peaberry) Robusta - Culi Robustas are known to be more bitter, but also sweeter, and are said to contain considerably more caffeine.

Liberica and Excelsa - Rare and related species of hardy, tropical coffee plants. Liberica is popular in Malaysia and the Philippines and is liked for its attractive and earthy aroma that is often accompanied by a smokey taste resembling dark chocolate, berries and tropical fruits. Excelsa coffee is similar and is known to be tart and fruity with a lingering finish.

When buying ground coffee, It is critical for a buyer to check for the coffee roast date. Dark roasted coffees oxidize faster and light roasted coffees last longer if kept in airtight mason jars. As a rule of thumb, buy coffee that is as fresh as possible! When buying from shops that are able to grind fresh coffee beans, one should choose the grind size based on the intended brew method (e.g.: coarse for French press, medium-fine for paper filter and fine for espresso).

If you’re intending on becoming a coffee snob, investing in a coffee grinder and relying on coffee beans may be your best bet if you’re a sucker for freshness.

Cà Phê Mít - Mít means jackfruit in Vietnamese and Cà Phê Mít has nothing to do with the yellow-fleshed tropical fruit and refers to Liberica and Excelsa coffee.
Cà Phê Chồn - Civet coffee. Often known in the western world as weasel coffee. A coffee processed from faeces of civets which consumed coffee cherries. Natural wild civet coffee is very expensive while farmed varieties are more affordable. Most civet coffee in Vietnam is a made with chemical flavouring and/or artificial enzymes. 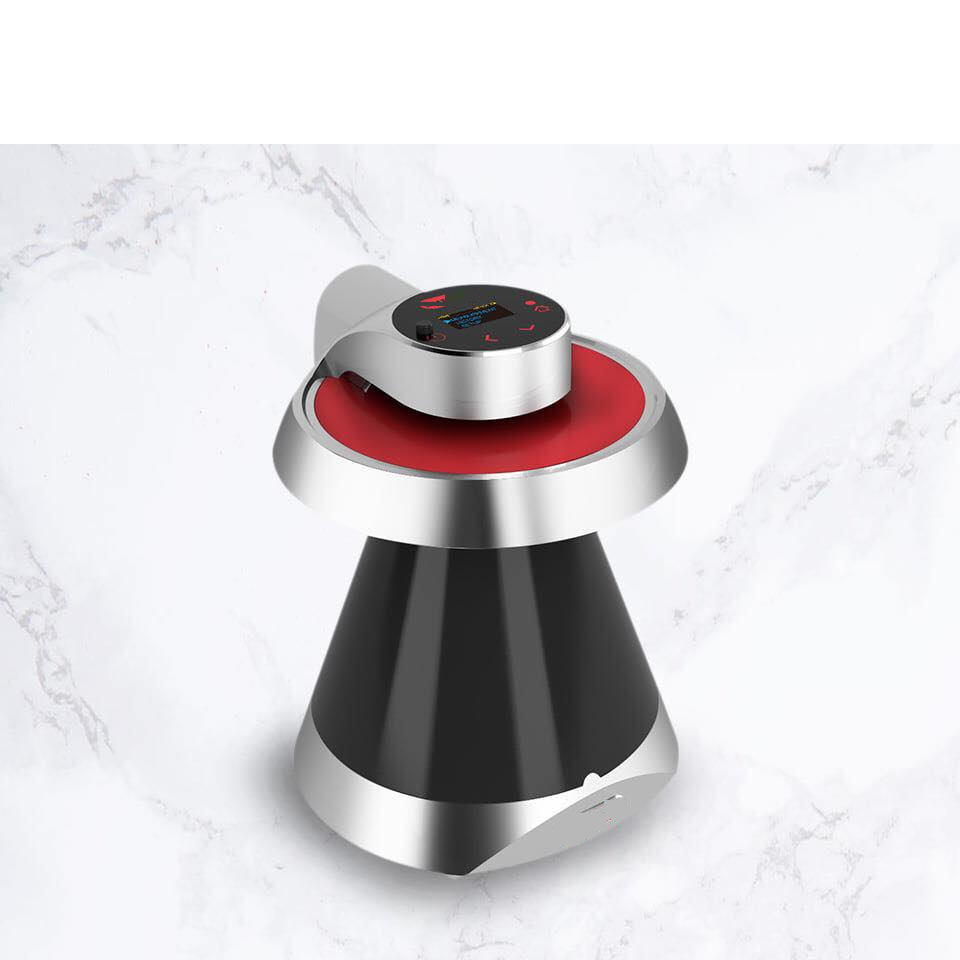 HOW TO START A COFFEE ROASTING BUSINESS 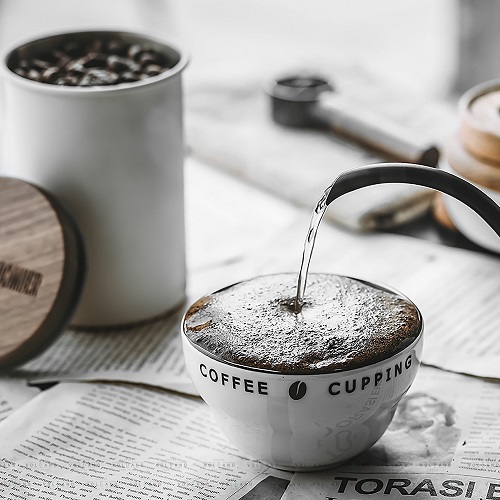 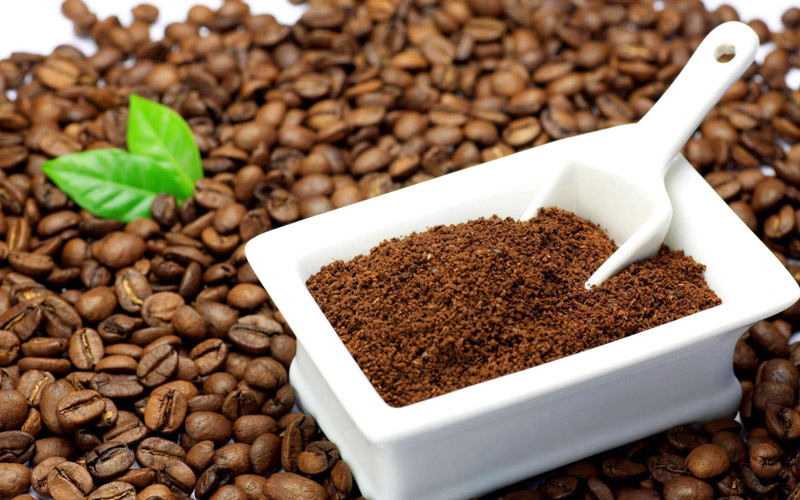 Vietnamese Coffee is known for being some of the best available. The country is the top producer of Robusta in the world. Therefore, it is unsurprising that for travellers and expats in Vietnam, coffee is the top sought after souvenir and most often consumed beverage product.
Read More

A course designed to give the bases of the roasting and blending technique for the Italian espresso.
Read More 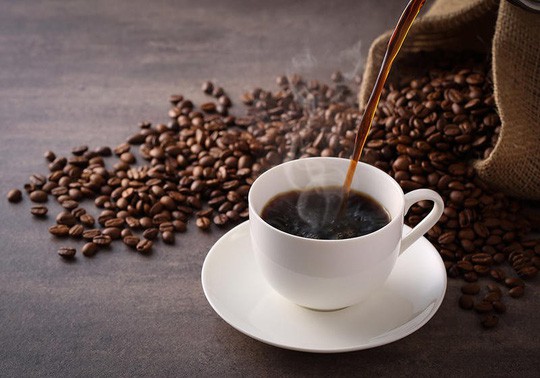 A guide to Vietnamese coffee

Strong and flavourful Vietnamese coffee makes converts as quickly as it raises pulses. French colonists might have introduced coffee to Vietnam, but the morning cup of ca phe soon became a local habit. With variations that make use of yoghurt, eggs and even fruit, Vietnamese coffee has developed a style of its own.
Read More